Nduom School of Business and Technology Admissions Begins in November 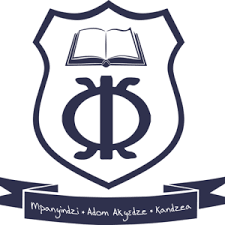 The Vice-Chancellor of the Nduom School of Business & Technology (NSB&T), Dr Papa Kwesi Nduom has announced that the school has “finally” been accredited by the National Accreditation Board and will begin receiving new students on November 3, 2017.

Dr Nduom in a post of Facebook said admission was open and only 200 students will be admitted.

According to him, all the admitted students will be mandated to stay on campus where accommodation has been provided.

“Finally, the Nduom School of Business & Technology (NSB&T) has received accreditation from the National Accreditation Board. We are ready to receive applications from prospective students NOW.

“Any applications will be given a response within two days of receipt. NSB&T will be open to receive new students on November 3, 2017. We will admit ONLY 200 students.

“Accommodation will be available for all 200 students on campus. All students must stay on campus”.

He said, ten percent of the admitted students will be given scholarships to cover accommodation and tuition based on academic excellence and financial need.

Ten percent of the admitted students will be given scholarships to cover accommodation and tuition based on academic excellence and financial need.

The university sits on a 100-acre land has lecture halls, an administration block, a cafeteria, a library and an auditorium. The official opening was done on December 6, 2016.

Portions of the school land have also been earmarked for the construction of a teaching hospital for health and allied sciences programmes.

Communities in and around the catchment area are expected to benefit immensely from the facility; that was evident on the day of opening as some residents of the adjoining communities engaged in brisk business activities.

The Rector of the University, Prof. James Hawkins Ephraim, disclosed that the University was registered as Nduom University, but the accreditation requirements made it change to Nduom School of Business and Technology.

He mentioned that more programmes including law will be added to the School’s curriculum in due course.