Holidays are an important aspect of our everyday life, as they give people time to relax and re-energize for the tasks ahead. So we’ll be looking at Public Holidays in Ghana 2020. National holidays are always of national interest and every citizen is expected to observe it.

Ghana National public holiday is not limited to a particular group of persons. It applies to all including schools, government agencies and private organizations. It’s actually a good thing to have a knowledge of these days ahead of time so that you can plan your schedule and activities accordingly.

In 2020, Ghana will have a total of 13 public holidays. Two new public holidays have been added which are Constitution Day which falls on 7th January and Founders’ Day on 4th August.

This is the first public holiday in the Ghanaian Calendar for 2020. The New Day of the year is generally marked out for a public holiday. It is regarded as a universal public holiday. New Year festivities in Ghana are usually marked with fireworks and festivities. However, there is no official state function on January 1 to commemorate this occasion.

The Constitution Day is a newly designated Public Holiday, which will be observed starting on 7 January 2020. This day is set aside to commemorate the adoption of the current constitution on 27 December 1972.

The Independence Day can be said to be the most important public holiday in Ghana. It is a special day set aside to commemorate the day Ghana gained independence from the British. The day also incorporates a state function whose main highlight is a speech by the President of Ghana.

Just like many other Christian dominated countries, Good Friday also features as a public Holiday in the Official Public Holidays 2020. Good Friday forms part of Easter holiday and is generally the commemoration of the crucifixion of Jesus Christ. The 2020 Easter Friday will fall on April 10. There is no official state on function on this day.

Easter Monday is another universal public holiday specific to pre-dominant Christian states. Like Good Friday, Easter Monday does not incorporate any state function though it is considered as a public holiday. Easter Monday usually comes after Easter Sunday and is a commemoration of Jesus Christ resurrection.

1st of May is set aside worldwide to celebrate working citizens. This day is declared a public holiday in Ghana as well. The day is also known as Labor Day in many countries around the world.

Ghana also has a sizeable number of Muslims in its population. The Eid-al-Fitr is an Islamic holiday. It marks the end of Ramadan and is celebrated in many countries around the world. This year’s Eid-al-Fitr is scheduled to hold on May 24, however, it is subject to the visibility of the moon.

This is the second-most-important holiday in the Islamic calendar. It commemorates the willingness of prophet Ibrahim to sacrifice his youngest son. The date for this holiday usually varies with the Islamic calendar. This year’s Eid-al-Adha is scheduled to hold on August 12, however, it is subject to the visibility of the moon.

This public holiday falls on the birthday of former president Kwame Nkrumah, a great African personality who helped Ghana achieve its independence and one of its founding fathers. Born on September 1, 1909, in Nkroful, Nkrumah died on April 27, 1972, in Bucharest, Romania.  He was the first prime minister and president of the Republic of Ghana.

The Kwame Nkrumah Memorial Day is a public holiday in Ghana. It is celebrated on Septemeber 21st. It marks the birth anniversary of the first prime minister and president of Ghana who led the country to independence from British. This years anniversary will be observed on Monday September, 23rd.

This national holiday is set aside specially to honour farmers in Ghana. The national government usually announces its agricultural plans during this day and also unveils ways to make cultivation of plants and rearing of animals better for the people. The Farmer’s Day is celebrated on every first Friday in December.

December 25 is a universal public holiday, set aside to commemorate the birth of Jesus Christ. On this day, Ghanaians commemorate the birth of Jesus Christ. It is usually a day of joy and merriment and is marked by so many activities around the country. While some people usually stay at home and welcome visitors, friends, and loved ones, others take a trip to event centers, amusement parks, entertainment functions, and a whole lot of other places.

This is another public holiday that features in the Ghanaian calendar. The boxing day is usually celebrated a day after Christmas all over the world. It is a day Ghanaians give back to the less fortunate. The atmosphere is often clouded with excitement and liveliness of the Yuletide season.

Other Notable Days in Ghana 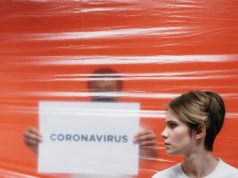 10 Things You Can Do While Practicing Social Distancing 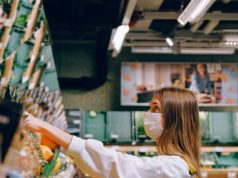 5 Things You Need To Know About COVID-19 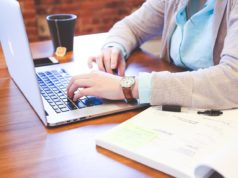