It is no doubt that many people in the world try to make sense of what the political scene is about, the implications of the decisions of the political class on citizens and the whole election process.

There are people referred to as political scientists who devote their time to conducting extensive research on political ideas using research and methodologies obtained from their training either in school or during internships. Sometimes the reports of a political analyst on a particular candidate before the election have a way of influencing the people’s choice hence the reason why anybody in this position should be highly trained and an expert.

Read Also; Sociology Vs Political Science: Which is Better?

They devote time to examine various hypothesis and analyse data obtained in during an experiment before giving a well-informed opinion on various happenings in their locality. research can be conducted in one of the following areas;

The importance of political scientists is highly emphasized by their presence in government and private organizations because they give information and analysis that can be useful in planning, developing and implementation of policies.

The work schedule is typically full time with normal working hours except on days when extra hours are required to finish reports within a stipulated deadline.

A lot of roles require that you have a postgraduate education either in political science, public administration or a related field which is relevant to the role you are applying to. Having great interpersonal, communication, analytical and critical thinking skills also help with working effectively in your job role.

As a Political Scientist, your daily activities would involve;

Your daily activities and responsibilities as a loan officer include;

What Skill Should I Have To Work In A Political Scientist?

Some of the relevant skills for a successful career as a political scientist includes;

Where Can I Work As A Political Scientist?

Some of the organisations where you would work as an Aid worker includes;

What Steps Can I Take To Become A Political Scientist?

A degree in political science enables you to work in the following positions within an organisation, they include;

While having a degree gives you an advantage, getting a job as a political scientist is very competitive especially when applying to international organisations. Somethings that sets you apart includes relevant experience which can be gotten from paid internships or volunteering via various organisations.Getting a masters degree is always advised after you have spent some years working in a specific area or field as this gives you an insight on what area you are looking to specialize in during your post-graduate education. 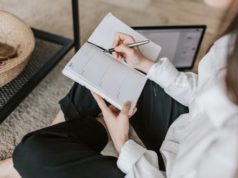 Why Personal Statements Are Important For Admission 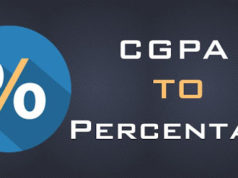 How to Convert Your CGPA to Percentage

UI/UX Designer Job Description – What Are Their Duties