Have you ever wondered which country has the most valuable currency in Africa? A country’s currency tells a lot about its economy and standard of living of her citizen. There is a huge misconception that the biggest and most popular nations often have the best currencies; this is false – especially when Africa is concerned.

Having a strong currency means it becomes cheaper to import goods. It also means it is trading at historically higher levels than before. When a country’s medium of exchange is strong, it reduces its volatility in the Forex market.

In the Forex market, investors have, in recent times, started to trade the currencies because some are no longer prone to fluctuations in commodity demand and supply. Some of the highest currencies in Africa are from nations that have a wealth of commodities. So, their currencies are strong because of the price increases in their commodities.

To help you get a better understanding of the situation, we compiled a list of the strongest currencies in Africa 2020. Each currency was rated against the official exchange rate of the United State dollar today at the time of writing this article.

The Libyan Dinar has been the strongest currency in Africa for a very long time. In Libya, the CBL has a programme that only sells a limited number of dollars to its citizens.

However, the continuous war and violence that engulfed the country since the assassination of longtime leader, Mummar Gadaffi, has affected the economy of the country drastically.

Also, its strength has been increasing steadily after the reopening of the previously blockaded oil ports and fields. That raised the country’s dollar earnings for oil sales.

The Tunisian Dinar is the second most valuable currency in Africa. The country was under the French colony and used the French Franc as its currency for many years.

But in 1960, the country replaced the Franc with the Dinar abbreviated as DT. The country’s monetary policy where it is illegal to export or import dinars or convert them to other currencies has enabled the dinar to be among the highest in Africa.

Furthermore, the country is an export-oriented economy with its agricultural and petroleum exports making up a high portion of if its GDP.

The Ghanaian Cedi is the third most valuable currency in Africa. It is also the highest-ranked currency in West Africa. For many years, Ghana’s currency experienced lots of volatility until the Bank of Ghana replaced the Cedi in 2007.

Today, the government’s spending programmes and job growth have enabled the currency to remain strong in Africa. Furthermore, the Cedi is more valuable because of the country’s GDP per capita, which is the currently largest in West Africa.

The Botswana Pula is valuable because of the country’s strong economy and relatively stable democracy.

Furthermore, it is an attractive currency because traders trade it on the Johannesburg Stock Exchange, which is the largest stock exchange in Africa. Before 1976, the Pula’s exchange rate and valuation were on the same basis as the Rand.

The Seychellois Rupee is the legal tender for Seychelles. It is among the highest currencies in the continent because of the country’s strict monetary policy. Also, SCR is more valuable due to the country’s market-based economy.

Foreign investments have also helped to refurbish the economy and expanded small-scale manufacturing, farming, and fishing. That has diversified Seychelles’ GDP, hence its valuable currency.

The Eritrean Nakfa is the legal tender for Eritrea. It has enjoyed stability over the years because the country’s government does not float the currency. Instead, it prefers the stability of having a fixed exchange rate.

The Egyptian Pound has been gaining value over the years because of its unofficial use in Sudan and the Gaza Strip. Also, the EGP has gained in value after the government reduced interest rates to attract domestic and foreign investments. Like other African currency symbols, the Egyptian pound has several, including E£ and LE.

The Zambian Kwacha has an attractive value because the country is the largest producer of copper in Africa. Copper is a commodity. That means the currency can experience volatility depending on the shifts in the commodity prices on the global copper market. So, when the prices are stable, the country enjoys a valuable currency. But if prices are volatile, that affects it negatively.

For many years, the price of gold determined the value of the ZAR because it was the country’s main export. But developments throughout the world over the years have determined the price trajectory of the Rand.

Although it is valuable, and one of the few African currencies used in Kenya, the ZAR experiences some volatility as it is linked to the rest of the world. Also, South Africa’s political landscape is not as stable and that subjects the legal tender to price fluctuations.

Note that several countries in South Africa have pegged their currencies to the rand at a rate of 1. The Namibian Dollar, the Lesotho Loti, and the Swazi Lilangeni are all pegged to the rand at the same rate. 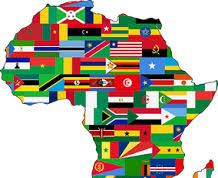 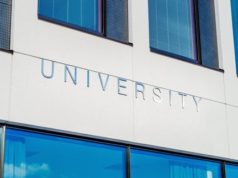 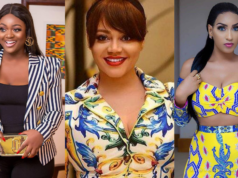