Football is one of the most lucrative team sport in the world. Professional footballers plying their trade in top leagues in the world take home mouth-watering sum of money every week. 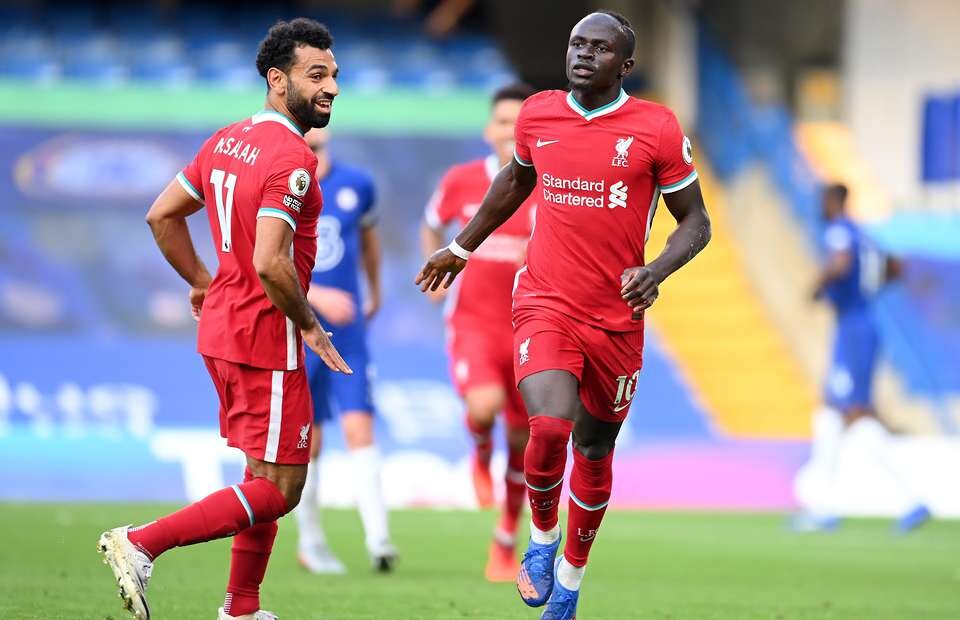 In fact, some African football players earn far more than some of their European or American counterparts. Most African players that receive fat wages and sponsorship deals worth millions of pounds are either playing in the English Premier League, Spanish la Liga, Bundesliga, or Chinese Super League.

In this article, we have compiled a comprehensive list of highest-paid African footballers 2021.

According to Forbes, Mohamed Salah is the highest-paid African footballers. Salah is the fifth highest-paid footballer in the world. Over the past 12 months, the two-time African Footballer of the Year earned a total of $37 million which include a salary of $24 million and endorsement deals worth $13 million.

The Liverpool and Egyptian winger is currently earning a mouth-watering £200,000 weekly salary at Liverpool FC. Mo Salah plays alongside African compatriot Sadio Mane. Both were instrumental to the club’s UEFA Champions League win and league title.

Pierre-Emerick Aubameyang is a Gabonese international who currently plays for English side Arsenal FC. He recently signed a new contract with Arsenal which top his salary to £250,000 per week. Although he is the best paid African footballer, he still comes short of Mo Salah in terms of endorsement deals.

The ex-Super Eagles and Shanghai Greenland Shenhua striker is one of the best paid African footballers. Following his loan move to Manchester United, Odion took a 40 per cent pay cut on £300k-a-week wages and is currently earning a weekly salary of £180,000 at Manchester United.

Odion Ighalo has featured in numerous international soccer competitions such as the World Cup, African Nations Cup, and other club matches. He is known for his composure and clinical finish in front of the post.

Sadio Mane is a Senegalese international who currently plays as a winger for the English outfit, Liverpool. Mane is one of the best paid African soccer players in Europe with a weekly salary of £150,000.

Sadio Mane alongside his African compatriot Mo Salah helped his club to break a 30-year jinx by winning the English Premier League. Mane is also a Champions League winner with Liverpool.

Nicolas Pepe is an Ivory Coast international and currently playing for the premier league club Arsenal FC. Following his record transfer from the Ligue 1 outfit Lille, the striker is currently on a £140,000 weekly salary at Arsenal.

Riyad Mahrez is one of the highest-paid African footballers in the English Premier League. The Algerian international who currently plays for Manchester City in England. Riyad Mahrez currently earns £120,000 weekly, making him one of the top paid African players. Mahrez won one premier league title with Leicester and two with Manchester City. He was part of the team that won the last African Cup of Nations (AFCON). Mahrez is also one of the African players to bag the PFA player award.

Naby Keita is a Guinean international who currently plays for the current English Premier League Champions, Liverpool. Following his transfer from RB Leipzig in 2018, Keita has been earning £120,000 weekly salary.

Also featured on our list of highest-paid African footballers is Hakim Ziyech. The Moroccan International and Chelsea FC forward currently earns £100,000 weekly. He recently joined Chelsea FC on a five-year contract from the Eredivise outfit Ajax in 2020.

Joel Matip is a Cameroonian international playing for the English Premier League champion Liverpool. The highly-rated defender currently earns a weekly salary of £100,000. Joel Matip has been instrumental in Liverpool’s Champions League, Super Copa, and EPL.