Africa is a resource-rich continent a reason African presidents are ranked among the highest earners in the world. Despite their countries being underdeveloped, this does not stop them from taking home inflated wage bills.

Although the position of the president of a country can be regarded as the highest that can be achieved in a country. This position comes with a lot of responsibilities, power as well as financial benefits.

Just like in other parts of the world, politics is becoming a very lucrative career where leadership skill is in high demand. African presidents are not just powerful, but also very wealthy. These political leaders amass wealth in a continent where the majority of her residents are living in abject poverty.

There are quite a good number of presidents earning and receiving a huge amount of money every year. In this article, we’ll be looking at the top 10 highest paid African presidents. This list does not portray the net worth of African presidents rather what they take home as salary annually.

A research conducted by Africa Review ranked Paul Biya as the highest-paid African president with an annual salary of $630,000. The Cameroon presidents earn 229 times what an average Cameroonian earns.

President Paul Biya has been ruling Cameroon since 6th November 1982, making him one of the current long-serving Non-royal heads of state in the continent and the world at large.

Second on the list of highest-paid African leaders is King Mohammed VI with an annual salary of $480,000, according to Africa Review. Mohammed VI took power in 1999 and is reported to earn 68 times more than an average Moroccan citizen yearly.

The president of South Africa, Cyril Ramaphosa is the third highest-paid African president with an annual salary of $251,127 (R 2,900,000). According to Africa Review’s estimates, he earns about 22 times more than an average South African citizen.

However, according to a 2020 report, president Kenyatta has agreed to take a voluntary cut of 80%. The pay cut could reduce his salary to just over Ksh.288,000 per month.

Equatorial Guinea president, Teodoro Obiang Nguema Mbasogo is one of the wealthiest head of states and among the best-paid presidents in Africa with an annual salary of $150,000. He has been president since 1979. Forbes magazine has said that Obiang, with a net worth of US$600 million, is one of the world’s wealthiest heads of state.

President Mohamed Abdullahi Farmajo is among the highest-paid sitting African president with an annual salary of $120,000. He was previously the Prime Minister of Somalia and currently the 9th president of Somalia.

President Azali is among the best-paid sitting president in Africa with an annual salary of $115,000. Despite presiding over one of Africa’s poorest and unpopular countries, he still takes home one of the best pay-check on the continent.

President Hage Geingob of Namibia is one of the highest-paid presidents in Africa with an annual salary of $100,000. He is the third and current president of Namibia, in office since 21 March 2015. It is reported that 34% of his salary goes to charity. 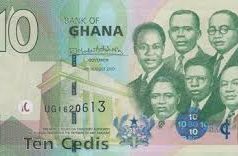 TOP 10 Most Valuable Currencies in Africa 2020 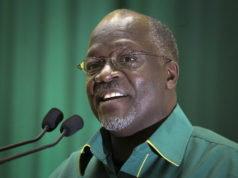 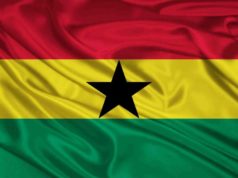