You’ll also learn about the net worth of each player which is not only based on their weekly wage, but on their endorsement deals and other investments as footballers.

The most popular sport in the world is football with a lot of unifying factor. A reason why most footballers are so rich. Football has a huge follower base and much money is dedicated to it.

Below is the list of the top 10 richest African footballers in 2020 and their net worth in descending order.

Samuel Eto’o Fils is among the greatest footballers from Africa. He is also the richest African footballer with a net worth of $95 million.

Eto’o is also one of the most decorated footballers in Africa winning the African Best Player award four times. Samuel Eto’o although now retired was regarded by pundits as one of the best strikers in the world.

Eto’o was in fact once the highest-paid player in the world during his spell with Anzhi Makhachkala, bringing in a whopping $25millon a year. Goal.com has tagged his net worth at $118 million (£70m). However, he lives an extravagant lifestyle and donates to several charity organizations.

Didier Yves Drogba Tébil (Didier Drogba) is one of the richest footballer in Africa with a net worth of $90 million. He is the all-time top scorer and former captain of the Ivory Coast national team.

Drogba has a legendary status at the English club Chelsea FC. He has also played for a host of other club sides in Europe, Asia and America.

Drogba has a short spell at Shanghai Shenhua where he earned about $325,000 per week. He also earns $5.2million a year playing at Galatasaray, however with a number of lucrative sponsorship deals his actual earnings a year are far more. He retired playing for Phoenix Rising.

Yaya Toure is among the highest-paid footballers in Africa. He is also among the richest and most decorated player in Africa. Yaya Toure has won the African best footballer award four consecutive times from 2011 to 2014.

He is also recognised as one of  Côte d’Ivoire’s ‘Golden Generation’ in football. Yaya Toure has played for some of the best football clubs on the planet. He has played for Monaco, FC Barcelona, Manchester City, and currently playing for QD Huanghai in China.

Yaya Toure is reported to earn about $15 million a year and has a net worth of $65 million.

Sheyi Emmanuel Adebayor is one of the richest footballers in Africa with a net worth of $45 million. The all-time Togolese top scorer has benefited from numerous lucrative contracts at different clubs across Europe.

Adebayor is known to have indulged in charity causes. He has initiated many projects in Togo and across Africa and the SEA foundation that implements different welfare projects across the continent.

Michael Kojo Essien is the richest footballer in Ghana and one of the richest in Africa with a total net worth of $35 million. The former Black Stars captain has been capped over 50 times by the National Team.

The combative midfielder has played for notable club sides across Europe and Asia. Notably, he has played for French sides Bastia and Lyon, Chelsea, Real Madrid, AC Millan and others and he is currently representing FK Sabail in the Azerbaijan Premier League.

Asamoah Gyan is one of the richest African footballers with a net worth of $31 million. The Ghanaian professional footballer has played for many notable football clubs globally.

He is much famous for his extraordinary performance at the 2010 FIFA World Cup in South Africa.

Gyan has played for so many football club sides across Europe and Asia. Most notably are Udinese, Rennes, Al Ain, Sunderland FC, Shanghai SIPG, Kayserispor and now plays for NorthEast Utd.

Majority of Gyan’s wealth comes from his many businesses in Ghana like Baby Jet Promotion, Mama Vits Noodles And Rice and also from real estate investments.

Mikel Obi is among the richest Nigerian footballer and one of the highest-paid African footballer. He is very famous for playing for the London club Chelsea FC. Mikel has played for many clubs across Europe and Asia. He has a net worth of $30 million.

He has played for many clubs like Lyn Oslo, Chelsea FC, Chinese club Tianjin Teda, Middlesbrough, and currently playing for Trabzonspor in Turkey. Mikel Obi also captained the Super Eagles of Nigeria to win the 2013 AFCON.

Mikel has also won many trophies including the UEFA Champions League, English Premier League, FA Cup, Europa League and others. Most of his wealth comes from endorsement and personal investments in real estate.

Seydou Keita is a Malian former footballer who started playing professional football at the age of 17. Keita is among the richest footballers in Africa with a net worth of $10 million.

He is among the most versatile player who can comfortably play both as a central midfielder and as a defensive midfielder. Keita has played for a number of football clubs across Europe.

Seydou Keita has played for Sevilla, FC Barcelona, AS Roma etc. He has also won a number of trophies including the UEFA Champions League, La Liga, and others.

Featured on the list of richest footballers in Africa is Veijeany Christopher Samba with a net worth of $7 million. The Congolese defender’s bulk of wealth does not just come from football, but also from his endorsement deals with Anzi Makhachkala where he earns $160,000 on a weekly basis.

Sulley Muntari is one of the richest footballers in Africa with a net worth of $5 million. The Ghanaian soccer star started his professional football career when he represented Ghana in the U20 youth tournament in 2001.

The midfielder has played for many European clubs like Inter Milan, AC Milan, Portsmouth, Deportivo De La Coruna and some other notable clubs around the world. He has also won a number of trophies during his career like the UEFA champions league, English FA cup, Italian Seria A and others. 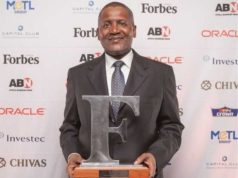 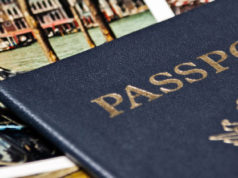 Top 20 Most Powerful Passports in Africa 2020 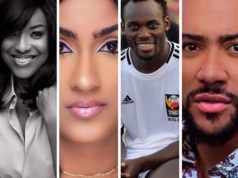