One of the most important requirements needed for studying abroad is a test of English Proficiency. This test certificates that applicants can speak and write fluently in the English Language.

This singular requirement has made international students write examinations such as TOEFL, IELTS, GRE, GMAT and the like. This often makes it a cumbersome task for students who tend to appear for these tests repeatedly to earn better scores and gain admission into top universities.

For international students who wish to study in Canada, there are many universities who will accept your admission application without IELTS in Canada.

A lot of colleges and universities have started waving the requirements for the Test of English Proficiency for international students.

In recent years, Canadian universities have discovered that students who completed their degrees from recognized international institutions and have English as their language of instructions often show a good command of English.

Hence, the reason why Canadian universities have to do away with the requirements of an English Language proficiency test like the IELTS that has a minimum score requirement of 6.0, to make it easy for students to apply for higher education in Canada.

However, international students who apply to universities in Canada that do not demand the submission of IELTS score need to submit certain documents to support their claim of English language proficiency.

These may include requisite certificates, documents stating that the medium of instruction in the first or last obtained degree was English, transcripts and the like.

List of Universities to Study in Canada Without IELTS

Importantly, some of the general rules governing the non-requirement of IELTS scores are that international students are either native English speakers or students hailing from non-English countries have received formal degree education of three or more consecutive years in English. Besides, students who have completed either an O-Level or A-level examination also earn an IELTS exemption.

At Brock University, IELTS is not mandatory but it can boost your chances of acceptance. Other than IELTS, they’ll accept TOEFL or their IELP, which is the Brock Intensive English Language Program.

Also, if you have finished an International Baccalaureate Diploma where English is the mode of instruction, then you can get accepted. Also, if you have studied for the past 3 years through English and have acceptable grades, then those grades can be used as a substitute for the IELTS.

The University of Saskatchewan application process is very competitive and their English proficiency requirements are stricter than most.

They accept not only IELTS but also TOEFL and the CanTEST, which is the Canadian Test of English for Scholars and Trainees. If you do not want to get any additional certification, you can take their own English Language Training program.

4. Memorial University of Newfoundland and Labrador

Memorial University is one of the top-ranked universities in Canada. Every year, thousands of applications are received from international students.

For those international students who are interested, you can send a CanTEST, TOEFL or CAEL, Canadian Academic English Language, instead of an IELTS. The university also offers its ESL or ELP classes and examinations.

Cambrian College does not require IELTS and TOEFL for your application to be accepted. In fact, according to their website, once an international student applicant arrives on their campus, the school will assess their speaking and writing skills. Therefore, there is no need for expensive certifications or hours spent studying for an English proficiency exam at Cambrian College. 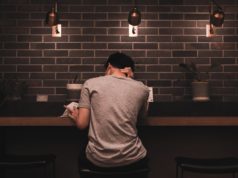 Top 15 Toughest Exams in the World 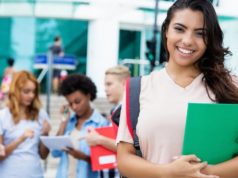 5 Reasons Why Your Application Is Getting Rejected 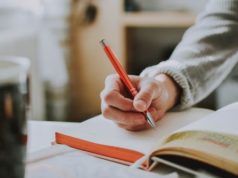 Copywriter Job Description – What Are Their Duties