Do you want to know the top 20 richest musicians in Ghana 2021? They are a number of talented musicians in Ghana who now rank impressively when compared to that from other African countries like Nigeria and South Africa. With the fast pace at which musicians are churning out remarkable sounds, Ghana now ranks as one of Africa’s leading producers of Hip-Hop stars.

Efforts must accompany results. So we will be looking at top richest musicians in Ghana and their net worth. A lot of musicians from Ghana are doing a lot of collaboration with foreign artist, and bagging awards within and outside the country.

We have collated the names of richest musicians in Ghana who currently dominate the country’s music industry. Importantly, this list is reported to have been proclaimed officially by Forbes – the world’s best ranking organization.

Below is the list of the top 20 richest musicians in 2021 and their net worth. 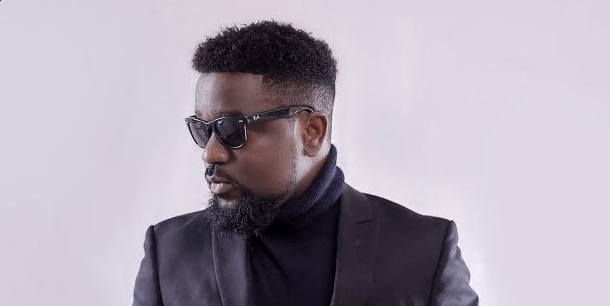 Sarkodie is a native of Tema and is very prominent within and beyond Ghana. He is a gifted rapper and recording artiste. He specializes majorly in Hiplife and Hip-Hop styles of music.

He was given his secondary education at Tema Methodist High School. Following his successful decision to further his education, he was privileged to school at IPMC where he graduated with a degree in Graphic Design.

Sarkodie is among the richest musicians in Ghana and has engaged in musical collaborations with many other renowned Hip-Hop stars across and beyond Ghana. Within the guild of countless stars he has been featured with are musicians such as Shatta Wale, AKA, Kwaw Kese, Ball J, Hammer of The Last Two, Tiwa Savage, DJ Mensah, Jazzi, R2Bees, Ice Prince, Fuse ODG, Castro, Efya, EL, Ace Hood, amongst others.

According to Forbes, Sarkodie is the richest musician in Ghana with a net worth of $10 Million.

Following the impressive performance which earned him an award titled “Artiste of the Year’’ as a segment of 2014 Ghana Music Awards, Shata Wale rose to great fame. Meanwhile, he couldn’t have emerged into this fame if he hadn’t won the award with the influence of “Dancehall King’’ –his greatest hit song.

According to Forbes, Shatta Wale has a net worth of $6.5 Million. 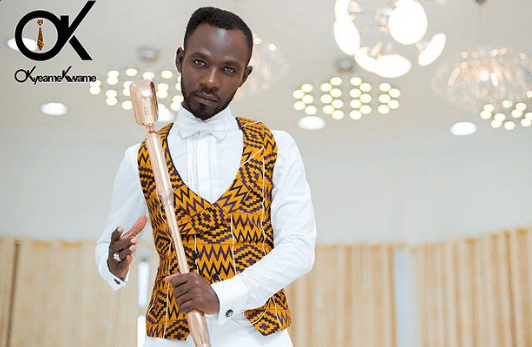 Kwame is a native of Nsuta. He is famous for his proficiency in mingling his creative skills as an entrepreneur, director, songwriter and singer. Meanwhile, he is widely perceived as a remarkable musician whose music greatly centres on the Afro-pop, rap, and Hiplife.

As part of his academic course, Kwame was schooled at the Anglican Senior High School located in the Kumasi region of Ghana. Due to his ardent passion for music, Kwame chose to take on music as a career through his tertiary education at Kwame Nkrumah University. At the university, Kwame made music his course of study and in this event, he focused on the study of classical guitar. At the end of his academic programme, Kwame graduated with an academic degree in linguistics.

Having married to Annica Nsiah-Apu, reputable Kwame is blessed with two offspring and through the great benefits music has added to his life, he is declared the richest Ghanaian musician.

According to Forbes, Okyeame is the richest musician in Ghana and is currently worth a whopping $6 million.

Daddy Lumba is a multiple award-winning Ghanaian musicians with a career spanning three decades. He has been singing since he was 16. Daddy Lumba has 33 record albums to his name. He has been consistent with the release of multiple-hit albums since then and has established himself as one of Ghana’s most popular singers of the Highlife genre.

He owns his own studio where he does all his work and also owns machines for mastering, cassette duplication, loading, printing and shrink wrapping exclusively for his works. His music has evolved over the years to reflect the changes in taste and demands for music; he can currently be described as a contemporary highlife artist. Daddy Lumba has won several Ghana Music Awards and other excellence awards and continue to appeal to the young and old.

According to Forbes, Fuse ODG has a net worth of $5.0 Million. 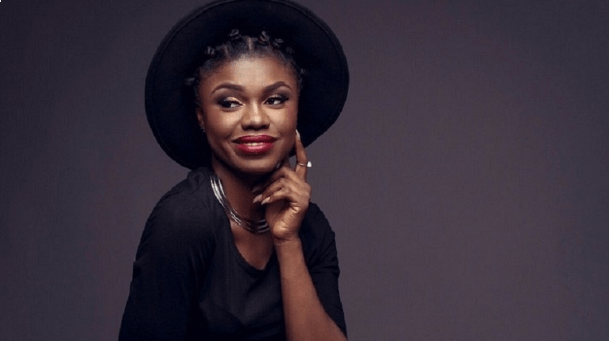 Rebecca Acheampong, going by the stage name “Becca’’, was born in 1986. She has buttressed her reputation with several albums –about three studio albums. She makes waves as she is presently in a deal with EKB record label. Like several other artists, she has made a name for herself within and outside her country. With the help of musical engagements, she has amassed a lot of wealth for herself and amongst the artists, she has featured with are Uhuru, 2Face, MI and lots more.

According to Forbes, Becca has a net worth of $5 Million.

As this group comprises the pair of Rashid Mugeez and Faisal Hakeem, Ghana is obviously endowed with lots of Hip-Hop/Hiplife musicians. Born as natives of Tema in Ghana, the two R2Bees stars have R2Bees Entertainment as their record label and are known for their versatile musical ambit which encompasses highlife, hiplife, Hip-Hop, and Afrobeat.

Rashid Mugeez and Faisal Hakeem have been together right from their childhood during when they were schooled at the same schools (both for the primary and secondary levels) in Tema. Meanwhile, their potentials as rappers became evident beginning from their days in school. In appreciation of their charisma, they were chosen to be their school’s face in inter-school musical competitions. Apart from that, they took part in rap contests on behalf of their school.

Like several other Ghanaian stars, the R2Bees stars have partnered with a number of artists in musical collaborations within and outside Ghana. Amongst the artists, they have collaborated with are Sarkodie, Wande Coal, Wizkid, Criss Waddle, Asumadu Killbeatz, Davido, and Tinchy Stryder etc.

According to Forbes, R2Bees has a net worth of $ 4.6 Million.

Livingstone Etse Satekla popularly known as Stonebwoy has kept himself going and constantly appeared amongst Ghana’s best dancehall artistes. Other than his endorsement deal with Samini record label, Stonebwoy has appeared on the payrolls of several endorsement deals and his fame continues surging as he gets occupied with frequent musical shows within and beyond Ghana.

According to Forbes, Stonebwoy has a net worth of $4.5 Million.

Reggie Rockstone, born as Reginald Yaw Asante Ossie is one of the richest Ghanaian rappers. Although born in the UK, he lived his early years in Ghana in Kumasi and Accra. He is also a recipient of multiple music awards.

According to Forbes, Stonebwoy has a net worth of $4.0 Million.

Though born in the capital of England, Nana Richard Abiona, going by the stage name Fuse ODG, was brought up in Ghana. His birth came about in 1988.

He was given an education at a Croydon-based school –Archbishop Lanfranc School. As part of his notable presence in Ghana’s music industry, he has 3beat as his record label. In order to enrich his musical philosophy and take Ghanaian music to the next level, Fuse ODG has had musical collaborations with many international and local superstars including Shata Wale, Wyclef Jean, Major Lazer, Nyla, Sean Paul, Sarkodie, Dawn ODG, Elephant Man, Wande Coal, Itz Tiffany, amongst others.

According to Forbes, Fuse ODG has a net worth of $3.0 Million.

Tinny was born in 19th January 1982. He is among the very popular Ghanaian rappers. His songs are played just about everywhere in Ghana including in shows, events, television as well as the radio. Tinny has swiftly dropped five albums since he entered the scene which was in 1994. He has also won a number of awards performing within Ghana and other international events as well. He was the brand ambassador for Glo Ghana in the year 2009 and has also campaigned for Cadbury as well.

Tinny also known as Nii Addo Quaynor is a pure Ghanaian rapper and the CEO of Kankpe Records. He has several records with several Ghanaian superstars like Shatta Wale, Trigmatic, Kwabena, Hammer of the last two and many more.

According to Forbes, Tinny has a net worth of $2.3 Million.

Samini used to sing in the church before the release of his music albums which have been a success in the music scene. The first single he dropped was named ‘Linda’; it has been a sure success in Ghana.

After this, he was eventually featured in a number of singles by various talented artists. He has won a number of awards such as African Artiste of the Year 2008, Best African Act in the year 2006. Currently, his prospects do not seem that great when it comes to music, but high hopes everywhere for his comeback.

According to Forbes, Saminin has a net worth of $2.0 Million. 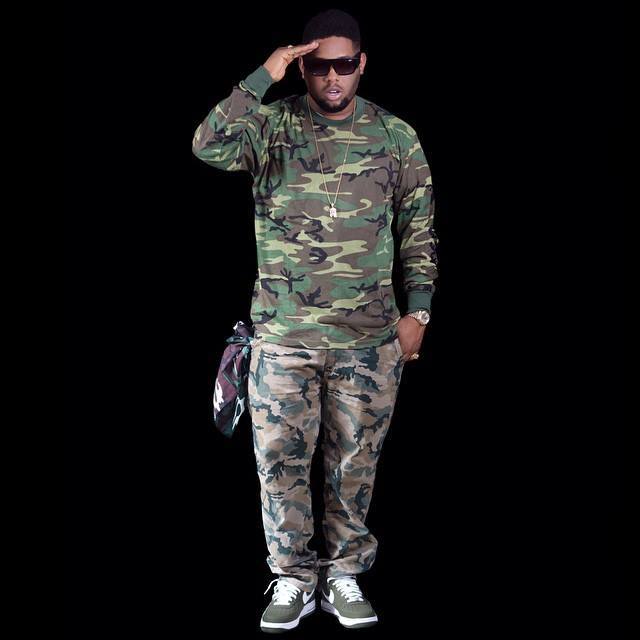 Desmond Kwesi Blackmore was born in born 12 January 1986. He is popularly known as Damian-Black and is among the very hard working musicians based in Ghana. Influenced by his parents who were also hip-hoppers, he started recording music such as rhymes before he stepped into his teenage years.

Not very long ago it was found out that D-Black had signed a deal that was worth $150,000 and you bet he is one of the richest musicians in Ghana. His tracks are hits in Ghana and he has therefore managed to get a spot as a wealthy and hardworking musician.

According to Forbes, Samini has a net worth of $1.6 Million.

Emmanuel Kofi Botchwey professionally known as Kwaw Kese is one of the richest musicians in Ghana. The Ghanaian hiplife artist is also a recipient of multiple music awards.

Kwaw Kese is well known for his hit album Abodam 2007, for which he won five awards at the 2008 edition of the Ghana Music Awards.

According to Forbes, Kwaw Kese has a net worth of $1.0 Million.

Joyce Akosua Twene known popularly as Joyce Blessing is a gospel singer. In 2014, her album Heavy Price won the Album of the Year award at the Vodafone Ghana Music Awards.

Wendy Shay is one of the richest female musicians in Ghana. The Ghanaian Afropop and Afrobeats singer is also a recipient of many music awards. Wendy Shay is also the brand ambassador for the Youth Employment Agency (YEA) in Ghana

Peter Famiyeh Bozah popularly known by the stage name Fameye, is a Ghanaian rapper and musician from Bogoso. Although relatively new in the music industry, he has made a name for himself. In 2020, he won the Best New Artiste of the Year Award at the Vodafone Ghana Music Award.

King Promise joined the music industry in 2016 and has already made a name for himself. The budding talent considers himself as a versatile artist, who falls in the
Afrobeats, HighLife, R&B and Hip-Hop genres.

Emmanuel Kwesi Danso Arthur Junior better known as Kwesi Arthur is a rapper and musician. The young artist is making an impact in the music industry. In 2018, he was nominated for Best International Act at the BET Awards.

Jane Awindor known by her stage name Efya is a Ghanaian singer, songwriter, and actress. The multi-talented musician is a recipient of multiple awards.

Eugene Kwame Marfo who goes by the stage name Kuami Eugene is a Ghanaian highlife and afrobeat singer-songwriter. The young musician has been a recipient of multiple awards.