Africa is the second largest continent on the planet with a linguistically-diverse population of more than a billion people. The continent is home to over a thousand native dialects such as Yoruba, Hausa, Swahili, Xhosa, Oromo, Afrikaans and Igbo which are spoken by millions of Africans. 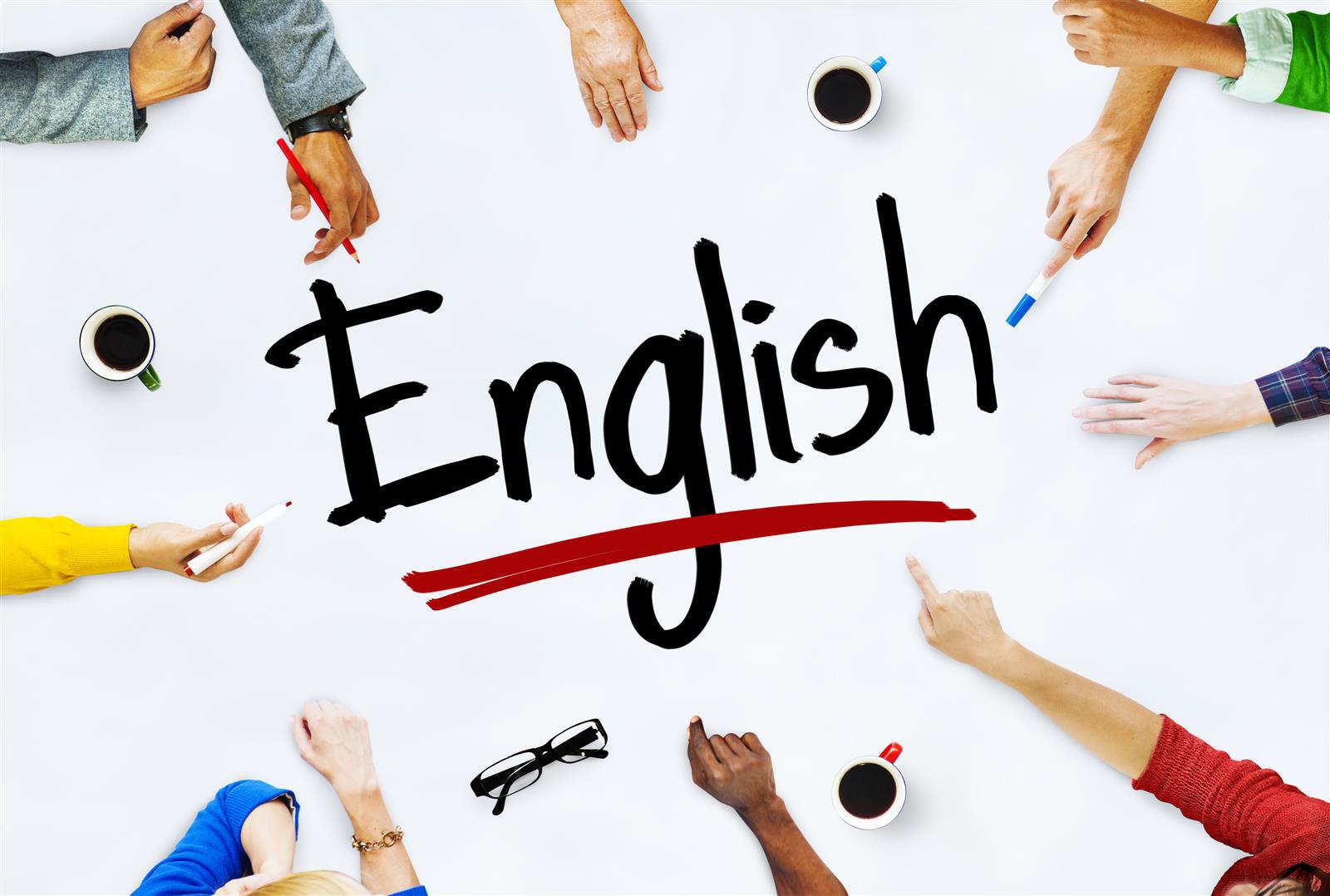 But with the British colonization, some African countries have adopted the English Language as its official language. In these countries, the English language is used in education and official functions. However, the native dialects are also used as a means of communication among the locals.

Besides Rwanda and Eritrea, the rest of the English speaking countries in Africa were former British colonies. While the language is spoken in about two dozen countries in the continent, the percentage of people who can actually speak it fluently is significantly low.

How Many English Speaking Countries are in Africa?

It is worth noting that Eritrea and Rwanda (former Italian and Belgian colonies) use the language officially despite not being former British colonies. Liberia and Sierra Leone are the only countries in the continent that speak English as the primary dialect.

Below is a list of anglophone countries in Africa.

Although Ghana is an Anglophone country, the majority of her population speaks the local dialects. Some of the native dialects in Ghana include Akan / Twi, Dagaare / Waale, Dangme, Ewe, Ga, Gonja, Kasem, Nzema.

Nigeria is one of the English speaking countries in West Africa. Despite having so many other local dialects, the English language was adopted as an official language which was introduced by the British during the colonial era.

Majority of Nigeria’s population can communicate in both the English language and pidgin  English. Some of the most popular native dialects in Nigeria include Igbo, Yoruba, Hausa, Ibibion, Annang, Fulani, Idoma, Tiv, Igala etc.

Zimbabwe is one of the Southern African countries that speak English. Formerly known as Southern Rhodesia, Rhodesia and then Zimbabwe, it is surrounded by Botswana, Zambia, South Africa and Mozambique.

Zimbabwe has the most official languages in the world. The country boasts of 16 official languages. Some of the country’s official dialects include Xhosa, Venda, Tswana, Tonga, Sotho, Sign language, Shona, Shangani, Ndebele, Ndau, Nambya, Koisan, Kalanga, English, Chibarwe and Chewa.

Being a former British colony, the English language is the official language spoken in the Gambia. However, there are several other tribal dialects spoken by the locals including Mandinka and Wolof. While most Gambians are educated in English, they tend to be bilingual or trilingual.

Liberia is one of the English speaking countries in West Africa. The country is a multilingual country where more than thirty languages are spoken.

Aside English, over 20 indigenous languages are spoken in Liberia representing the numerous ethnic groups who make up more than 95% of the population. The native languages can be grouped in four language families: Mande, Kru, Mel, and the divergent language Gola

Sierra Leone is a multilingual country with the English language as its de facto official language. Krio is the most widely spoken in the country.

The English language is spoken in schools, government administration and the media, Krio is spoken as a lingua franca in virtually all parts of Sierra Leone.

Zambia’s official language is English, but there are more than 70 different languages and dialects spoken throughout the country. Almost everyone will speak or understand some English and most Zambians living in urban centres speak it fluently.

Signs and official documentation are almost always in English and/or Bemba and Nyanja, the country’s two most widely spoken local languages. Bemba is spoken by more than two million Zambians and is used frequently in administration and education.

Tanzania is an English speaking country howbeit with one of the greatest linguistic diversity in the whole of Africa with four major African language bases, ranging from Bantu, Cushitic and the Nilotic languages to the less-spoken Khoisan.

It is interesting to note that in all primary school education in the country is taught in Swahili, but when school children graduate from primary school and enter secondary school, the medium of instruction switches to English.

The two official languages in Kenya are English and Swahili which are used in varying degrees of fluency for communication with other population. A greater

Swahili is considered the lingua franca of southeastern Africa for its widespread usage and ubiquity in the areas of trade, commerce, communications and education. Besides the two, there are other languages spoken more regionally.

Uganda’s official language is English, which is spoken by most educated citizens. The three major indigenous dialect families in the country are Bantu, Central Sudanic, and Nilotic. Swahili and Luganda are also widely spoken.

The recognition of Kiswahili is part of the commitments entered in 2007 in the East African Community, an organization whose three founders – Kenya, Uganda and Tanzania – use Swahili as one of their official languages, alongside English.

Sudan has two official languages, namely literary Arabic and English. English has official status in South Sudan, and it is recognized as the lingua franca in regions where Sudanese Creole Arabic is not spoken. The number of dialects indigenous to Sudan is estimated at 114 comprising more than 500 different accents.

Upon achieving independence, the Government of South Sudan selected English as its official language. This choice is understandable; given the linguistic and political history of the country, the current official English policy is a strong and predictable statement about national autonomy and political alignment.

Ethiopia despite not being a former British colony is one of the few African countries that speak the English language. The country has six official languages including Amharic, English, Afaan Oromo, Tigrinya, Somali and Afar.

English is the official language in Namibia and almost everyone that you will meet on your travels will speak English, even though it is the first language of less than 1% of the country’s population.

Nearly half the population speaks Oshiwambo dialects, while the other main dialects are Khoekhoe, Afrikaans, Kwangali, Herero and German.

Besides Sesotho, English is also recognized as an official language of Lesotho. English is mainly used for official, media and government communication, unlike Sesotho which is widely used in casual engagement and in day-to-day communication.

Other minority dialects spoken in the country include Zulu, Afrikaans, Xhosa, and Phuthi.

Cameroon is a former colony of both the British and French has two official languages; English and French. Eight out of the ten regions of the nation are francophones while two regions are mainly anglophones. However, the proportion of anglophones in the country is gradually decreasing.

Although the constitution of the country does not mention an official language. The country’s one million citizens speak English, French, Mauritian Creole, French-based Creole, and ethnic languages such as Hindi, Telugu, Tamil, Malayalam, Marathi, Urdu, Tamil or Mandarin.

Malawi is a very diverse country with many spoken languages. Of the many languages spoken, English is the official language while Chichewa is the national dialect.

There are other numerous languages also spoken in the country. However, English which is more often a second language and remains an important language in the country due to the country’s history as a British colony. On the other hand, Chichewa is a native dialect almost spoken by about half of Malawi’s population.

While English is the official language and Setswana the national dialect, there are over 20 other languages spoken in Botswana, which are mostly used by the non-Setswana-speaking groups.

Almost 90 per cent of citizens speak Setswana as their mother tongue and, although English is spoken throughout the urban areas and within all tourist facilities, you may have to try a little harder to be understood in the rural areas.

On 28 August 2014, the country’s National Assembly unanimously adopted a draft law on the status of dialects including English as an official language. Burundi’s national dialect is Kirundi.

There is no official dialect in Eritrea, though Tigrinya, Arabic and English predominate in commerce and national business. The use and development of all nine of Eritrea’s languages are encouraged at the local level, and children attend primary school through the fifth grade in their mother tongue.

How to Reverse Wrong Transaction on Vodafone Cash

Current Ministers in Ghana, their Portfolio and Profiles 2021