Charles Nii Armah Mensah Jr. popularly known as Shatta Wale is popular reggae-dancehall musician in Ghana. This made a lot of people want to know Shatta Wale net worth Forbes 2021. So, the big question is “what is Shatta Wale’s net worth?”. Before we delve into that let’s take a look at his biography first.

Charles Nii Armah Mensah Jr. was born on October 17, 1984 to Mr. Charles Mensah and Madam Elsie in Accra, Ghana. Shatta started his music career way back in junior school. He changes his name to Bandana right after school and has since rose to prominence in the music industry. He has even travelled to Jamaica to learn dancehall music.

Shatta Wale had a passion for music right from when he was in junior school. However, he did not drop out of school like other musicians. But his love for music caused a strain in the relationship he had with his father. This made him leave the house and decided to embrace the street lifestyle.

[perfectpullquote align=”full” bordertop=”false” cite=”” link=”black” color=”” class=”” size=”16″]In his words, “There were many times I slept without food. I have been through all the hustle in life, I mean hell. I have lived with the people and became one of their own. No wonder my music easily resonate with the people. I am thankful to God for making me see the day light“.[/perfectpullquote]

He finally had his breakthrough in 2004 after releasing his hit track “Bandana from Ghana”.

In 2009, Shatta Wale came with full force into the Ghanaian Music Industry, he was re-branded from Bandan to Shatta Wale. 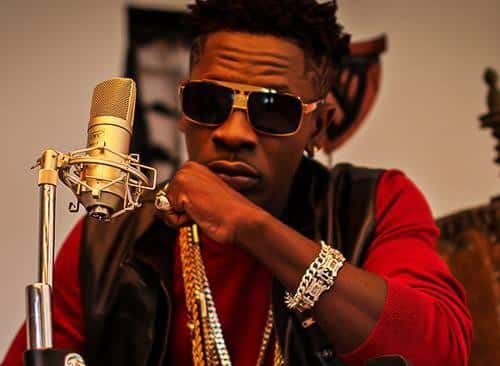 In 2013, his career took on to another level, he produced songs like Havana”, “Shatta City”, “Enter the Net”, “Everybody Likes My Tin”, and “Dancehall King. His biggest song that year, that brought him fame was called HIPLIFE. Shatta Wale became one of the most sought out artistes in Ghana in 2016.

He signed to Zylofon Music in January 2018 where he released his third studio album which he titled REIGN. This album appeared on the Billboard Top World Albums Chart, placing sixth.

Shatta is the CEO and organizer of the Shatta Movement. He has gotten several endorsements deals with Guinness Ghana and as the brand ambassador for Rush Energy Drink, Kasapreko Company, producers of several alcoholic and non-alcoholic beverages in Ghana, Boss Baker Beef Roll. All these avenues contribute to Shatta Wale’s net worth.

Shatta Wale has 4 cars and 2 houses, the most recent costing $1 million. It’s a mansion in Accra, the capital city of Ghana. Charles owns a customized brand of a white color car, with plate number SHATTA 1 15. Shatta Wale has an estimated net worth of  $6.5 million.

he has a huge fan base across all the social media. He has over 635K subscribers on his Youtube channel, and over 3m followers on Instagram.