The winner of the 2019 edition of the Miss Commonwealth Ghana beauty pageant, Miss Gloria Obeng Nyarko, has paid a courtesy call on the Vice-Chancellor of Kwame Nkrumah University of Science and Technology (KNUST).

The beauty queen is a final year student at the School of Public Health, KNUST. She is pursuing a bachelor’s degree in Disability and Rehabilitation Studies.

Spokesperson for Miss Commonwealth Ghana (MCG), Mr. Daniel Deladem Kisseih revealed that the KNUST student was crowned on September 7, 2019 at the grand finale where she came first among 16 contestants drawn from the spheres of Ghana.

For her prize, she received a brand-new Kia Morning sports, a cash prize of GHC 5,000 and an all-expenses-paid trip to the United Kingdom to participate in the world event next year.

Mr. Kisseih stated that, the United Kingdom based Miss Commonwealth International is being organised by the MCG.  He said, the visit was to formally introduce the beauty queen to the University’s Management and to appeal for support for her chosen project.

Miss Gloria Obeng Nyarko, said her project would help support and empower women with different abilities. She, therefore, sought the assistance of Management to realise this dream.

The Vice-Chancellor, Professor Kwasi Obiri-Danso, expressed his excitement and praised the beauty queen for raising the flag of the University high.  On behalf of Management, he pledged the University’s support for her project. He was of the view that women have been marginalised for a long time in Ghana and more advocacy is needed to reverse the trend.

According to Professor Obiri-Danso, KNUST is playing its role by supporting and empowering women to excel in all spheres of life. He revealed that, the current statistics on admission in KNUST indicates that more access is being granted to women with more than 50% females gaining admission within the last two years.

He used the occasion to appeal to the business community, banks and other real estate operators to consider partnering the University to expand accommodation facilities on campus to cater for the increasing numbers of students; particularly female students including those with different abilities. 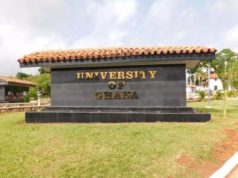 UG Grants Amnesty to Undergraduate Students yet to Graduate 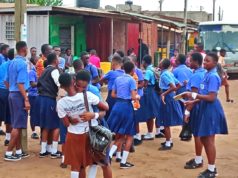 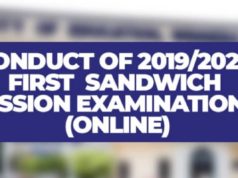