With less than a week to the commencement of the 2019 Basic Education Certificate Examination (BECE) final year pupils of Akplorfudzi E.P/M.A Basic School say the odds are stuck against them.

The 22 BECE candidates of the school, located in the Keta Municipality of the Volta Region, say the lack of computers and materials to facilitate the teaching and learning of Information and Communication Technology (ICT) would cause them to perform poorly in the final exam.

A major concern raised by the distressed students are the lack of computers at an empty room labelled as ‘ICT Lab’, lack of books at the school’s library and the lack of teachers.

Most of the students have never seen even a computer mouse before.

However,  ICT is one of the subjects they will be assessed in during BECE to be conducted by the West African Examination Council (WAEC).

“There are no storybooks in the library for us to read so we can’t speak good English. We have a computer lab but no PCs. The lab is empty. We have never touched any part of a computer before. We only see them on paper but we’ll be writing ICT. Isn’t this unfair?” a final year student who spoke on behalf of her colleagues said.

She adds, “Even the headmaster himself doesn’t have a computer. We’re not sure whether he has seen one in a long time. We’re not happy about this. If we’re able to touch and feel a computer, we’ll be happy and encouraged to study hard.”

The aggrieved students further complained about the disproportionate pupil-teacher, revealing that the entire school has only nine teachers serving over 300 pupils from kindergarten to junior high.

This explains why teachers have not been assigned to handle some of the examinable subjects.

“Some of the subjects in the curriculum have no teachers handling them. We don’t have a teacher for local language and ICT. The JHS has only three teachers and they’re supposed to teach eight examinable subjects which is difficult. The foundation at the primary level is weak so we find it difficult at the JHS,” another aggrieved student bemoaned.

“Look at our classrooms. We don’t have electricity, doors and windows so anytime it’s about to rain, we have to run back home to avoid getting wet. The uncemented floors make the rooms slippery any time it rains. Why has the Government abandoned us? Are we not part of Ghana?” one of the students lamented.

Though it is too late to come to their rescue, the aggrieved students have appealed to the government, Non-Governmental Organisations and philanthropists to have mercy on the school and donate some reading materials and laptops to save their juniors from failing in the future.

“I know that in some schools in [the urban areas] plenty of computers are there which are not being used, but we are unfortunate to have none. So please I beg can you give us some?” a student appealed.

The headmaster of the school, Mr. Atukpah Wonder, poured out his frustration about the poor state of facilities in the school, including his office.

Mr. Atukpah’s office has just a table and a wooden chair which looks very uncomfortable.

A look around his office reveals books laying on the arranged on the floor due to the lack of shelves or cupboards.

“You see how the books are scattered in my office? No bookshelves to arrange them on, not even tables. My chair and table are hard but I’m managing. My major concern is about the welfare of the pupils,” he stressed.

Mr. Atukpah also joined the students to make a passionate appeal to the government and well-meaning individuals or groups to come to their aid and donate some computers, textbooks and furniture to improve teaching and learning in the school.

Adding his voice, Hope Kwasi Sefogah, a teacher at the school bemoaned the workload on himself and colleagues.

According to him, the three teachers at the JHS are responsible for three subjects each, which is stressful, thus the need for the Ghana Education Service to post more qualified teachers to the school.

He, however, revealed that some staff posted to the Akplorfudzi E.P/M.A Basic School decline the offer because of the lack of decent accommodation and poor road network.

He indicated that the school “needs more teachers but when the time comes, only one comes and the rest decline the opportunity because they feel that the environment is not conducive for them.

“Government should consider these young ones because their future is at risk. Their parents also pay taxes. We the teachers also do not have a place to sit during school hours. We are humbly requesting the government to help us and provide teaching and learning materials to the school,” Mr Sefogah appealed. 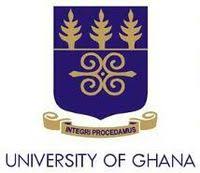 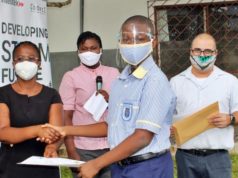 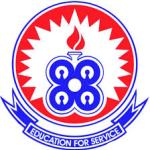