Have you been wondering what the toughest exams in the world are? There’s a popular saying that examination isn’t the true test of knowledge, but you actually need it if you want to improve your career.

No matter your field of study, you must have faced some challenging tests during the course of your study. If you’re pursuing a high-stake career like law, medicine, engineering and others, you’ll have to sit and pass some rigorous examinations meant to test your competencies and knowledge on the subject.

Despite the facts that every examination is difficult, there are some that have claimed the title of the worlds toughest exams. These examinations are considered to be tougher than others.

The Indian Engineering Service (IES) is one of the toughest exams in the world. The examination is conducted by India’s Union Public Service Commission (USPC) for various posts at the departments of the Government of India.

Graduate Record Exams (GRE) is also one of the hardest exams in the world. The examination is conducted by ETS as an entrance test for most schools in the United States.

The examination is held both online and offline. For the computer-based online exam, there are six different sections containing analytical writing sections, verbal reasoning sections, quantitative reasoning sections and research section. The paper-based test is available only to areas where conducting online tests is not possible. Most graduate schools in the USA require the GRE score as their prerequisite score for admission.

IIT JEE is one of the toughest exams in the world. The examination is conducted by NTA for admission at undergraduate engineering courses in the universities of India. The IIT-JEE is a nightmare for engineering hopefuls in India. Other institutes such as NITs, CFTIs, and IIITs accept students based on the same exam.

The exam is divided into two papers of three hours each, both of which are objective. Both sections measure the skills of the candidate in Physics, Chemistry and Maths as well the comprehensive, reasoning and analytical abilities.

Students who do not get through the exam in the first attempt make repeated attempts, dropping years and many of them even get admitted to prestigious colleges like Harvard, MIT and many more. Such is the toughness and standard of the IITJEE.

Graduate Aptitude Test in Engineering (GATE) is one of the toughest examinations in the world. This test is conducted for engineering students who wish to pursue a masters degree in India.

The exam tests the technical knowledge of individuals and accordingly a score is assigned to the applicants based on which they get admission in M.Tech and PhD courses.

The exam consists of a single paper lasting for three hours where a student has to answer both MCQs and numerical. From 2014, the examination has been conducted online where the questions are arranged in a random sequence. The GATE score is valid for two years from the time the results are announced.

The UPSC is one of the world’s toughest examinations conducted by the Government of India to fill the posts across varied departments such as the Indian Administrative Service, Indian Foreign Service, Indian Revenue Service, etc.

The exam is conducted in three levels spread over several months, with the final level being a personal interview. Even people who clear the IIT-JEE fail to crack the UPSC exams. The success rate is a miserable 0.1% to 0.4%.

Gaokao is a college entrance exam in China and is infamous as one of the toughest exams in the world. It is an essential part of the Chinese Education System, where candidates wanting to study undergraduate courses in the country have to undergo this proficiency test.

This college admissions test takes nine hours over the course of two days to complete. Any student hoping to attend an institution of higher learning in the country must sit for it, and less than .25% of students receive a score required for admission to China’s most prestigious schools. Some universities in other countries, such as the US, accept Gaokao scores, too.

The California Bar Exam is one of the toughest exams to scale through in the world. The examination is conducted by the State of California to select graduates who can be inducted into the Bar Society.

It is conducted in the month of February and July in the span of 3 days. Test paper is a combination of MCQs and essay type of questions.  The success rate of the exam is between 35 to 55 per cent.

The Oxford University’s All Souls Prize Fellowship Exam is a historic examination that has been conducted for decades. The examination is for students enrolled in courses belonging to Philosophy, Classical Studies, Law, Economics History or Politics domain. The two-step evaluation process including viva and a written exam makes it one of the hardest examinations in the world.

USMLE is one of the toughest exams for doctors who want to practice Medicine in the United States. The exams ins sponsored by the National Board of Medical Examiners  (NBME)and the Federation of State Medical Boards (FSMB).

Every student pursuing MD and MBBS in the USA have to take this tough licence approval exam. This 3-step examination assesses a physician’s skills to apply concept and knowledge in order to deliver safe and effective patient care. On clearing the exam, candidates get an approved license to participate in various medical and healthcare practices.

The Mensa Society is a global society consisting of people with the highest IQs. This tough examination is conducted for applicants wanting to become a member of the society. Candidates scoring 98 percentile or higher are the only ones making through the selection process of the society. With an average test score of 100 and a standard deviation of 15, Mensa has set its minimum score at 130.

The CA exam is divided into three levels – CA Foundation, Intermediate (IPCC) and Final. Most of the students often start applying for CA after graduation to get a headstart in the preparation process.

The first step is to clear the CPT exam which consists of Mercantile Laws, Quantitative Aptitude, Fundamentals of Accounting and Economics. The next level i.e IPCC consists of seven subjects followed by the last one knows as CA Final exam. The initial levels may seem bearable to the applicants but the last section i.e CA Final is the most difficult step to crack.

The United Kingdom’s Law National Aptitude Test (LNAT) has been around since 2004, but it has find its way to becoming one of the toughest examinations to crack. The leading law test was initiated by Oxford University to select the best students willing to study law in the institution.

But it has now become one of the leading law tests in the UK. The exam is now referred by various UK-based colleges and is conducted in more than 100 centres across the world. Lasting nearly 2.5 hours, it includes reading and an essay section. The top law schools in the UK use it to assess the skills and aptitude of applicants.

Cisco Certified Internetworking Expert is one of the toughest exams in the world offered by the Cisco Systems to hire networking experts.

The exam is divided into 6 parts and is conducted in two phases. Applicants clearing the first phase get to appear for the second one. The second stage exam is 8 hours long in duration and hardly 1% of the total number of candidates are able to clear it. CCIE certification is considered as the most prestigious certificate in the entire networking industry, but qualifying this exam is not an easy task.

Chartered Financial Analyst (CFA) is said to be the world’s most difficult and brutal exam in the field of Finance. Every year, a whopping 1,00,000 candidates attempt to crack CFA in over 100 countries.

The exam is conducted at three levels – CFA Level 1, CFA Level 2 and CFA Level 3. It is designed to test Finance professionals about the necessary financial tools and techniques. Each level involves a complicated six-hour exam consisting of 240 questions. With an acceptance rate as low as 32, it is one of the toughest exams in the world.

Masters Sommelier Diploma Exam is considered the toughest examination in the world by multiple research and surveys.

The exam was first taken 40 years ago in the UK and since then only 200 candidates have been selected on the basis of this exam. On average, every candidate appears for this exam at least for 2-3 times before getting selected.

The conducting body makes the selection on an unknown basis, giving applicants no clue about what are they signing up for. Divided into 3 categories, Service, Theory and Blind Tasting, a candidate has to know a lot of things to clear the exam.

The blind tasting section is tougher than one can imagine. Candidates not only have to identify the grape variant, but also the year and the region where it was grown. Even the most famous sommeliers in the world had passed this exam in the third or fourth attempt. 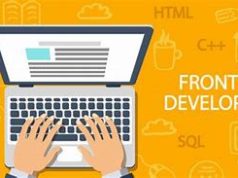 Front End Developer Job Description – What Are Their Duties 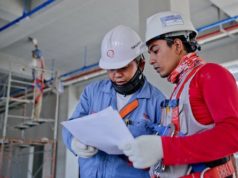 Petroleum Engineer Versus Civil Engineer: Which One is Better? 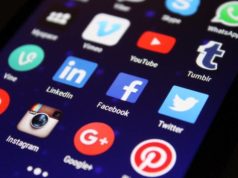